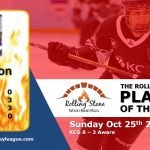 In our first game of the night, at 21:00, we had Aware vs KCG. Aware started off strong, but couldn’t hold on and KCG came back to win it 6-3. The Rolling Stone Pizza Player of the Game went to KCG captain, Harrison Oztemel, for getting a hat trick in this one. 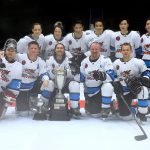 Dom and Zack talk about the SHL final game. 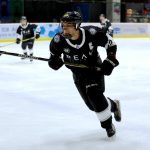 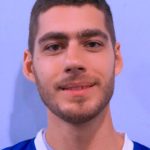 In our season opener, in the second game we had PEAK going head to head with Aware.  At the end of the second period, things were tied at one, but in the second period, PEAK took control and scored four unanswered goals.  The third periods saw Aware trying to make a comeback, but PEAK captain, Harrison Oztemel sealed the deal when he scored his third goal, giving himself a hat-trick on the night and earning himself the Rolling Stone Pizza Player of the Game. On October 28, 2018 we had our third week of games. In our first game we had Hertz vs the Novotel Spitfires in a battle for second place. The Spitfires were strong defensively and able to hold off Hertz and win this one 3-1

In our second game, we had a struggling TRUE facing off against the number one team, Aware. TRUE got on the scoreboard early, but they just couldn’t contain Aware offensively. The final score of the game was 6-3 In our second game of the night we had Aware going head to head with a struggling TRUE team. The big red juggernaught did what it does best and dominated the offensive side of the game. The star forward, Harrison Oztemel won the player of the game scoring two goals on the night with his second goal being a diving effort to poke the puck past Lance Parker.