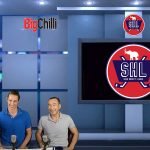 This week, Zack and Dom are joined in the studio by Aware’s goaltender, Lance Parker. 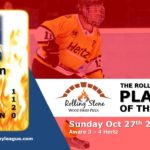 In our second game of the night, we had Aware going head to head with Hertz. These teams were pretty even from the beginning with both teams scoring a goal in the first period and both teams scoring 2 goals in the second period. Hertz scored the final goal under a minute into the third period to finish things off 4-3. The Rolling Stone Pizza Player of the Game went to Hertz captain, Jordan Ashton for his goal and assist. What a whirlwind of games we’ve had for the semi-finals. We had two upsets in the semi-finals. The first one was in the games between the #3 TRUE and the #2 Novotel Spitfires. TRUE swept the Novotel Spitfires in this series. In our second series we had #1 Aware going head to head with #4 Hertz. This series went to 3 games but Hertz finished off Aware to advance to the final in a hope of back to back cups. On March 7th, 2019, we had our second games of the semi-finals. In the first game we had TRUE facing off against the Novotel Spitfires. This game went back and forth for all three periods, and was a stalemate in the 3-on-3 overtime period forcing a shootout. Jordan Ashton of TRUE went first, scoring on sub goalie, Gabor Toth and Ken Kindborn of the Spitfires buried the puck in TRUE’s net minder, Lance Parker’s pads. The Rolling Stone Pizza Player of the Game went to Jordan Ashton for his game winning goal in the sudden death shootout. On March 3rd, 2019, we hard our first games of the semi-finals. In our second game of the night we had the Novotel Spitfires going head to head with TRUE. TRUE really controlled this game and won it 5-3. The Rolling Stone Pizza Player of the Game went to Jordan Ashton for his two goals on the night.